The aircraft is a derivative of IL-96-300 passenger aircraft and goes by the designation "IL-96PU". IL-96PU is a  modified wide-body aircraft a "Presidential Suite"  it is powered by 4 PS-90A by-pass turbojet engine.

There are 4 IL-96PU that are currently operated by Russia's presidential air detachment, which serves the president of Russia and members of the government.The air detachment  operates IL-96PU aircraft with registration number RA96012, RA96016 ,RA96018 and RA96019.

The IL-96PU Aircraft with its luxurious interiors "Presidential Suite" provides comfort and an environment conducive to work, it also acts as a full fledge "Nuclear Command Post" for the president when he is traveling and during crises. The aircraft is equipped with special security apparatus ,communication suite and also includes a type of escape capsule.

Pictures of the IL-96PU and presidential suite interiors 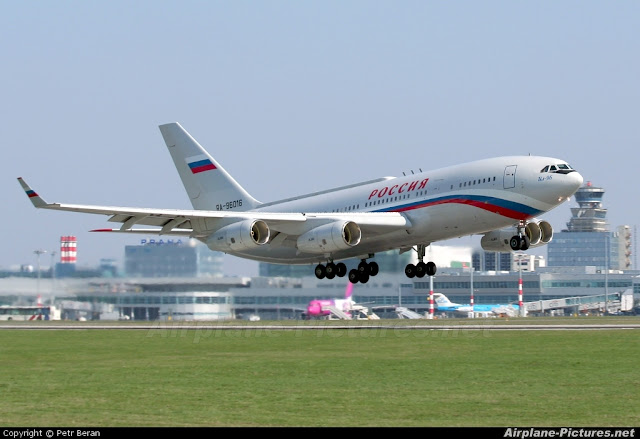 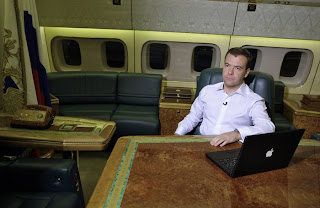 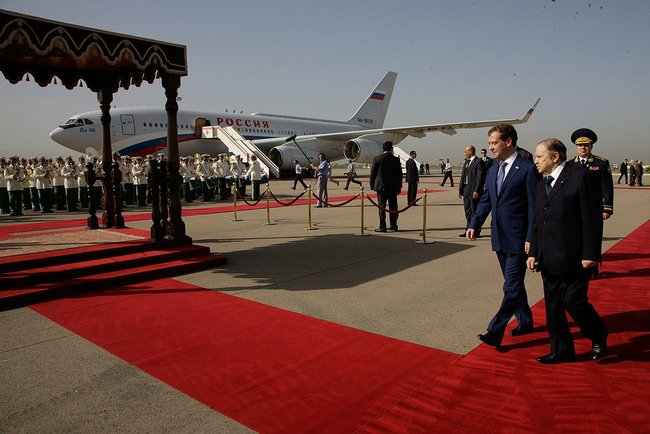 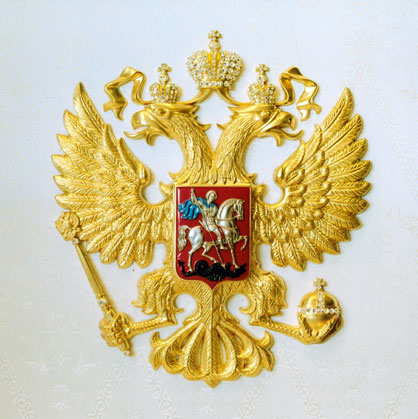 The State Seal of the Russian Federation is an official state symbol and the state’s official emblem. The double-headed eagle has regained its status as the centerpiece of Russia's state seal, testifying to the continuity of Russian history.
The State Seal of the Russian Federation is a rectangular red heraldic shield. At the bottom, it has rounded corners and a pointed middle. The shield is adorned with a golden double-headed eagle spreading its wings upward. The eagle is crowned with two small crowns and, above them, a large crown, all three joined together by a ribbon. 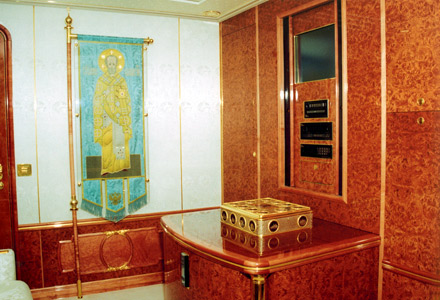 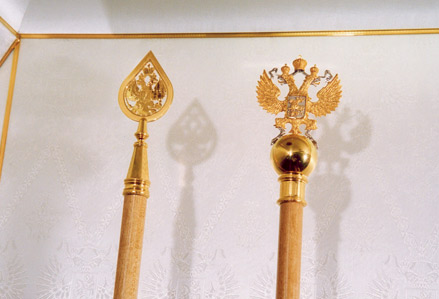 The Presidential  Ensign and the Russian coat of arms 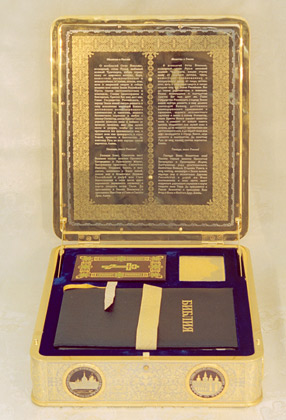 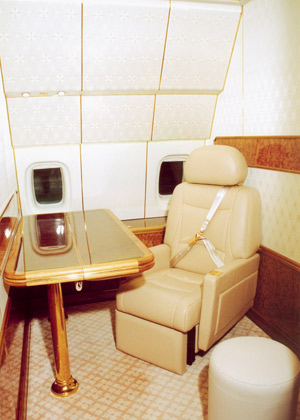 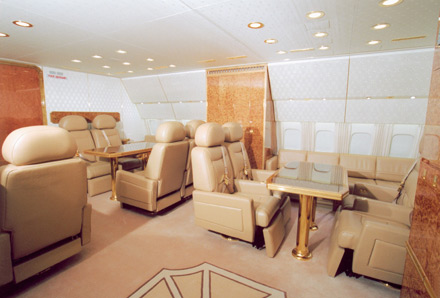 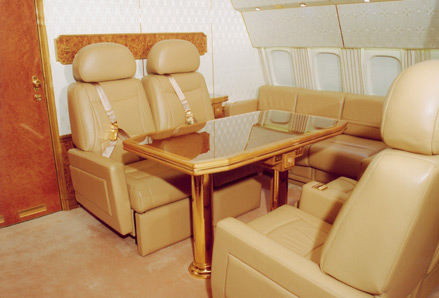 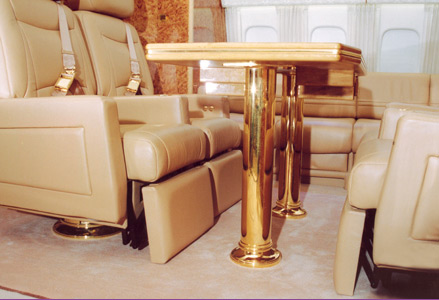 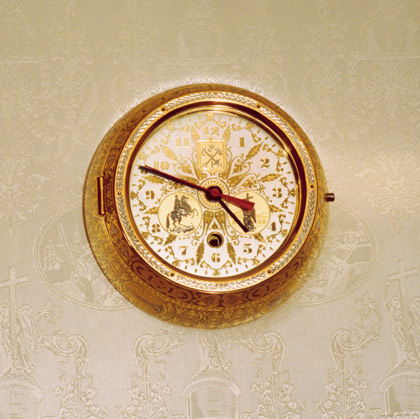 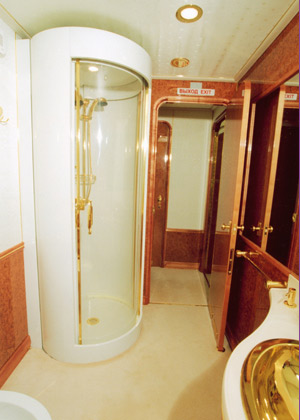 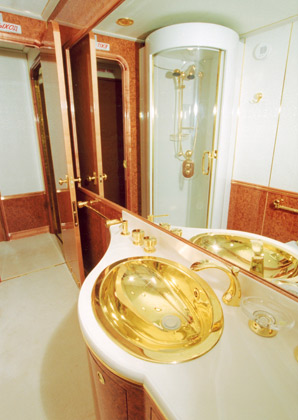 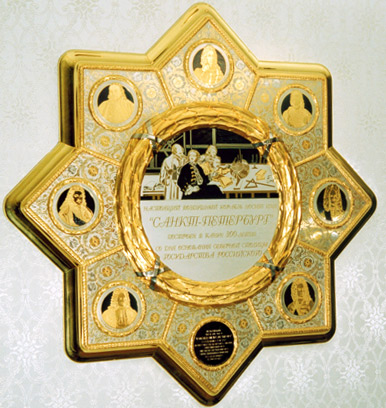 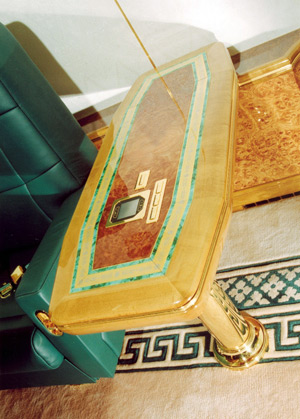 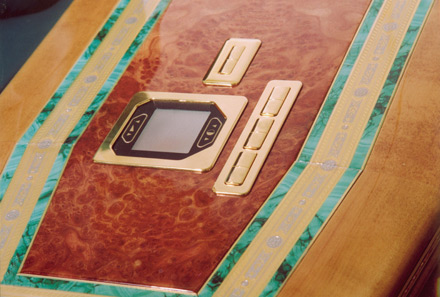 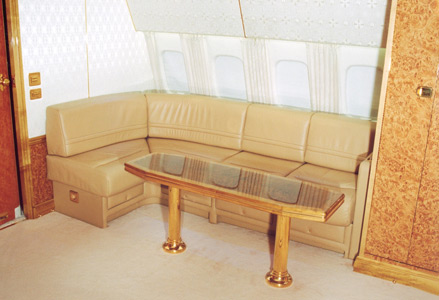 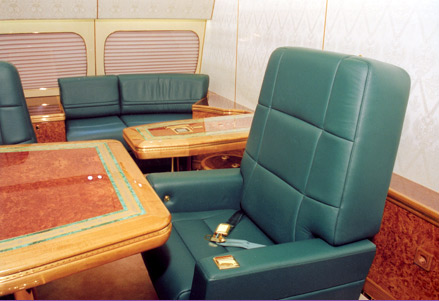 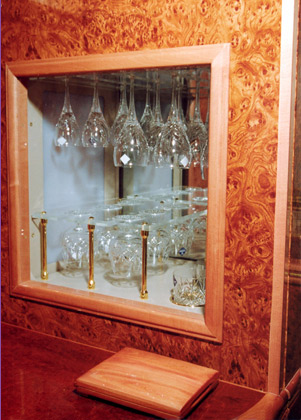 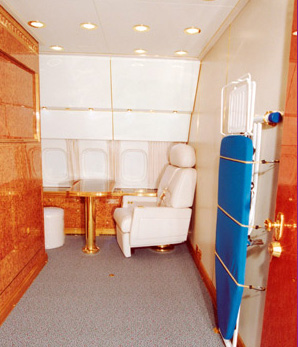