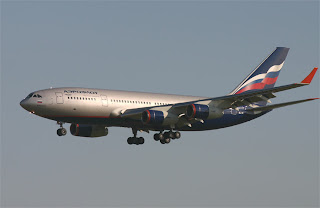 The IL-96  wide-body airplane a product of "Ilyushin Aviation Complex"  is designed to carry passengers, luggage and cargoes at long-haul routes.

It was designed  by Russian aircraft designer Sergey V Ilyushin, the aircraft is manufactured by Voronezh Aircraft Production Association.

The IL-96-300 can accommodate between 235 and 436 passengers depending on the configuration. The aircraft features a new type of wing layout and the fuselage of the aircraft is approximately 4m shorter than its predecessor, the Il-86 aircraft.

The aircraft implements the newest engineering solution in aerodynamic configuration, assemblies and systems which ensures a very high level of airplane safety and operational economy during its operation. 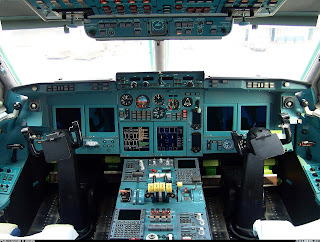 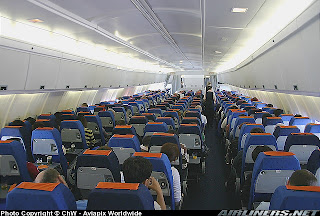 Today, I went to the beach front with my children.
I found a sea shell and gave it to my 4 year old daughter and said "You can hear the ocean if you put this to your ear."
She put the shell to her ear and screamed. There was a hermit crab
inside and it pinched her ear. She never wants to
go back! LoL I know this is totally off topic but I had to
tell someone!
Also see my site > convert centimeters

I am in fact delightеd to glance at this ωeblog
posts whісh сonsists of plenty of valuable data, thanks for
prоviding these kinds of datа.

Vеrу nice post. I just ѕtumbled upon
your blog and wished to mеntion thаt Ι've truly loved surfing around your weblog posts. After all I will be subscribing to your feed and I hope you write once more soon!

Here is my weblog ... tens therapy

National modification of per cent coupons on forthcoming models such
as theX1 and Mercedes-Benz's petrol cars.

What's Taking place i'm new to this, І stumbled upon this
I've discovered It absolutely useful and it has aided me out loads. I am hoping to contribute & aid other users like its helped me. Good job.

Hi just wanted to give you a quick heads up and let you know a few of the images aren't loading properly. I'm not sure why but
I think its a linking issue. I've tried it in two different internet browsers and both show the same outcome.

I've been browsing on-line more than 3 hours today, but I by no means discovered any interesting article like yours. It's pretty worth sufficient for me.
In my opinion, if all web owners and bloggers made good content material as you did, the web will
be a lot more helpful than ever before.

What's Going down i am new to this, I stumbled upon this I've
found It positively helpful and it has aided me out loads.

I'm hoping to give a contribution & help different customers like its aided me. Great job.

My brother recommended I might like this
web site. He was totally right. This post truly made my day.
You cann't imagine simply how much time I had spent for this information! Thanks!

My developer is trying to convince me to move to .net from PHP.
I have always disliked the idea because of the expenses.
But he's tryiong none the less. I've been using WordPress on numerous websites for about a
year and am concerned about switching to another platform.
I have heard great things about blogengine.net. Is there a way I can transfer all my
wordpress content into it? Any kind of help would be greatly appreciated!


Here is my webpage: semenax

I blog quite often and I truly thank you for your information.
The article has truly peaked my interest. I am going to bookmark your site and keep checking for new details about
once per week. I opted in for your Feed too.

Hey! Do you use Twitter? I'd like to follow you if that would be ok. I'm absolutely enjoying
your blog and look forward to new posts.

Everything is very open with a precise description of the issues.
It was definitely informative. Your site is very useful.

Thank you for sharing!

Here is my page alta white

We are a group of volunteers and opening a new scheme in our community.
Your site offered us with valuable info to work on.
You've done an impressive job and our whole community will be grateful to you.

That is very interesting, You're a very professional blogger. I have joined your rss feed and stay up for looking for extra of your great post. Also, I have shared your site in my social networks

I've been browsing online greater than 3 hours today, but I by no means found any interesting article like yours. It is lovely worth enough for me. Personally, if all webmasters and bloggers made just right content as you probably did, the net might be a lot more useful than ever before.

whoah this blog is magnificent i like studying your
posts. Stay up the great work! You already know,
a lot of people are searching round for this info, you can help them greatly.

Hi this is kinda of off topic but I was wondering if blogs use WYSIWYG editors or if you
have to manually code with HTML. I'm starting a blog soon but have no coding know-how so I wanted to get advice from someone with experience. Any help would be enormously appreciated!

Nice blog here! Also your website loads up fast! What host are you using?

Can I get your affiliate link to your host? I wish my website loaded up
as fast as yours lol

This paragraph is in fact a fastidious one it assists new internet viewers,
who are wishing for blogging.

Hello, Neat post. There's a problem together with your site in web explorer, could test this? IE still is the marketplace leader and a large component of people will leave out your fantastic writing due to this problem.

Hello! This post could not be written any better!

Reading through this post reminds me of my good old room mate!
He always kept chatting about this. I will forward this
post to him. Pretty sure he will have a good read. Many thanks for sharing!

Thanks for some other magnificent post. Where else could anybody get that
type of info in such a perfect method of writing? I have a
presentation subsequent week, and I'm at the look for such info.